December 19, 2019
2019 has been quite an eventful year in Ukraine’s tech sphere. A new government is in place, which claims to have put digitalisation and the IT sphere among its top priorities. Social media and online have played an important role in society and politics. Many foundations have been laid for the future development of the tech sphere in Ukraine. Let’s take a look at ten key tech-related developments which marked this year for Ukrainians. 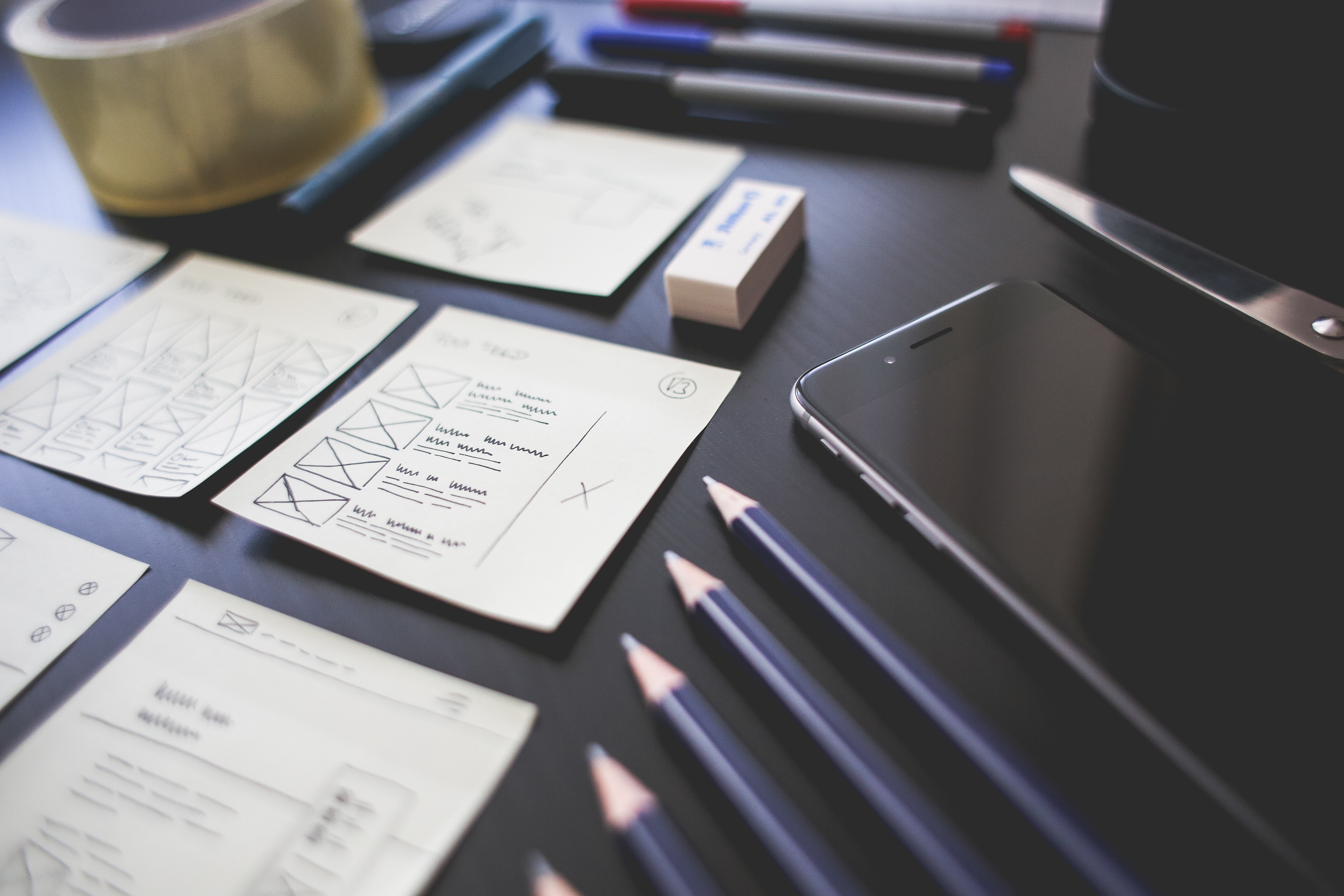 Online media outlets are in the spotlight

Since Ukrainian became independent in 1991, there has been one truth in the country's media sphere - TV is number one. Television has been the most popular medium in the country for more than 25 years.

But in 2019, for the first time since Ukraine's independence, online and social media took over from television in terms of popularity and reach, InMind research from October 2019 for Internews Network shows. According to the poll, 68% of respondents use social networks to get news (up from 53% in 2018), while TV use is down to 66% compared to 77% in 2018. This reflects the global trend in the growth of the popularity of digital media.

This fact also introduces numerous problems to Ukraine's media sphere, the main one being the lack of legislation regulating online outlets. Right now online outlets do not have to disclose information about their beneficiaries or even register as media, which creates space for the spreading of propaganda and disinformation.

During 2019 Ukrainians voted three times - in two rounds of the presidential elections and also chose a new Parliament. In all of these votes, social media - Facebook, Instagram and VK - played a major role.

There is a trend that entertainment merges not only with information but also with politics, creating a new reality of "entertaining politics" or "politainment." This is true for the international arena and in Ukraine as well. This new trend was most successfully used by Volodymyr Zelensky, Ukraine's new President, and his Servant of the People party. Zelensky and his team totally won Instagram, Ukraine's second most popular social network with more than 11 million active users.

We've conducted a year-long study of the role of social networks in the elections. Find our reports here:

● Ukraine's Elections on Facebook, Instagram and VK: What Ukrainian Users Think About the Top Parties and Leaders

● Ukraine's New Parliament: What Social Media Users Think About It

State aims to fit in a smartphone

Zelensky's platform, which secured him a landslide win in presidential elections with 73% of the votes, included a promise of the "state in a smartphone," digitalization of overly bureaucratic state services. By the end of the year, this promise turned into Diya, a public services mobile application which is set to unite and digitalise all state services into a "single convenient and efficient online tool." It is being developed by the Ministry of Digital Transformation of Ukraine, Fedoriv Marketing Agency, spiilka design büro and others, with the participation of many IT companies and NGOs. 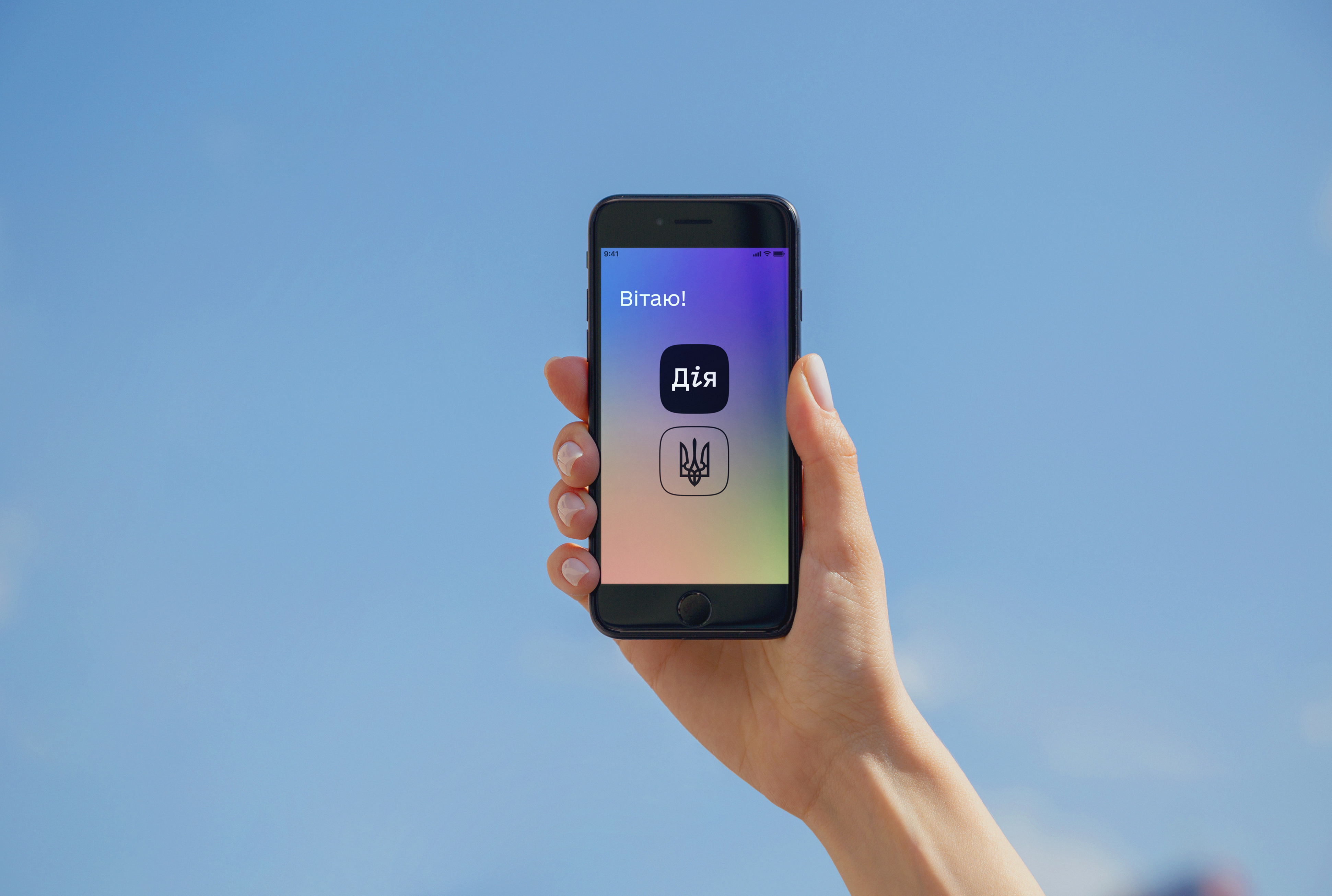 The implementation will be gradual. According to the project roadmap, all the services should be available online by the year 2024, and 20% of them will be handled automatically.

Electronic population census to be held

Since Ukraine's independence, only one population census has been held, and that was in 2001. The second census was postponed four times and is currently planned for 2020. The problem is that a nationwide census would cost the Ukrainian government 3.4 billion hryvnias (136 million dollars).

In order to cut expenses, Dmytro Dubilet, Ukraine's minister of the Cabinet of Ministers, suggested holding an "electronic population census." This means that instead of hiring 100,000 interviewers to visit all Ukrainian households, the government would conduct a census based on the data of mobile carriers, state registers and sociological research of 30,000 households. This kind of census would cost 1.4 billion hryvnias (56 million dollars).

In Soviet times, Ukraine was famous for its rocket and space industry. Since gaining independence, the country has retained its prestigious status as a space state, and now continues to develop the space sector.

In October Ukrainian President Volodymyr Zelensky signed a law on allowing private companies in Ukraine to develop, test, and launch rockets into space. This is the latest move in Ukraine's attempts to further boost its space industry. Since Ukraine's space industry is substantially underfunded (in the auspices of the National Space Program for 2013-2017, the government allocated only 30% of required funds), the participation of private companies is a welcome development. Read more about this in our article:

Esports on the way to official recognition

Ukrainian esports teams are well known around the globe, the main one being Natus Vincere (Na'Vi), an esports organisation founded in Ukraine in 2009. However, without government support, teams can only go so far. Official recognition of esports at  national level would speed up the development of the infrastructure necessary for high-level events and emergence of new players. It would also enable the assembling of Ukrainian national teams for international competitions.

A first major step in this direction was taken in 2019. The Esports Ukraine NGO, which has worked with universities, has lobbied the creation of the first Master's programme in esports at Ukraine's National University of Physical Education and Sports in Kyiv. It was approved in May 2019 and will likely accept its first students next year. A Bachelor-level programme will be developed afterwards.

Read more about esports in Ukraine in our article:

fdiintelligence.com puts Kyiv and Lviv in the top 10 cost-effective locations for investment. Ukrainian media which specialise in tech and IT post news almost on a daily basis about the latest Ukrainian startup securing foreign investments. However, Grammarly, a Kyiv-based startup which develops AI communication assistant, stands separately in this news current. In October 2019 the company closed a 90 million dollars round of funding.

If we count all previous funding, Grammarly already has a total of 200 million dollars in investments. According to TechCrunch, the company officially became a unicorn, meaning that Grammarly's value is more than 1 billion dollars. According to Denys Dovhopolyi of GrowthUp Group, this is a landmark deal for the Ukrainian startup and venture capital market.

Discussion on separate tax group for IT

Grammarly's success is only one of the successes of Ukraine's IT industry. Over the last ten years, exports from the Ukrainian IT sector have grown by 540 percent - from 243 million dollars to 1.311 billion dollars, according to a recent report.

Ukraine's tax policy makes the country lucrative for international IT companies currently. Ukrainian tax legislation allows companies to work with self-employed specialists who pay only a single tax - 5 percent of their income - and a monthly unified social tax, which is 22 percent of the minimum wage, or 918 hryvnias (37 dollars). This allows both companies and IT specialists to maximize their income.

The discussion as to whether a separate taxation scheme with higher tax rate should be applied to self-employed specialists in the IT sphere went on all year long. A draft bill on such change envisages doubling the rate for the unified social tax and an additional payment for human development capital, which would be introduced at the rate of 1% of the income in 2020 and grow gradually to reach 5% in 2024. However, as of the end of the year, no final decision had been reached.

Read more about Ukraine's IT sphere in our article:

Ukraine's an IT Powerhouse. So Why Isn't It Making More?

In the past years, it became a regular news cause: another major brand chooses a location in Kyiv, Lviv or Odesa to shoot their promotional video for foreign audiences. However, in 2019 such interest was unprecedented. Numerous well-known companies have chosen Ukraine to film their ads. Here are some notable examples:

The gig economy is here

One might argue that the gig economy made its way in Ukraine many years ago. However, this was never as widespread and visible as in 2019. Couriers with yellow Glovo backpacks and green Uber Eats ones can be seen every minute of the day in Kyiv, while most taxis have Uber, Uklon or Bolt logos painted on them (and sometimes two of these at once). Both Glovo and Uber Eats launched their operations this year and have been expanding from Kyiv to Lviv, Kharkiv, Odesa and smaller cities ever since.

However, Ukrainian legislation is not ready to embrace gig workers. In the eyes of the law, they are unemployed and, therefore, unprotected, which means they have no social package. Nevertheless, the gig economy is here to stay, so the government will have to resolve this issue in future.

Ukraine’s information technology sector has been among the country’s fastest growing industries, and IT experts from Ukraine have found international success. Its...
VIDEO
February 14, 2018

Ukraine-Born Talents Who Changed the World